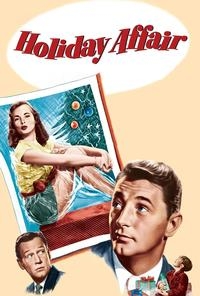 Just before Christmas, department store clerk Steve Mason meets big spending customer Connie Ennis, who's actually a comparison shopper sent by another store. Steve lets her go, which gets him fired. They spend the afternoon together, which doesn't sit well with Connie's steady suitor, Carl, when he finds out, but delights her young son Timmy, who quickly takes to Steve.