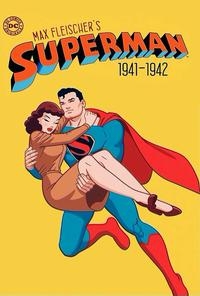 More than just a landmark in superhero animation, Max Fleischer's Superman shorts were no less than the foundation for so many shows that succeeded it. Playing in theaters in 1941-42, only a few years after the Man of Steel made his debut in Action Comics, these 17 exciting films were produced by Fleischer and made famous the phrase "This looks like a job for Superman!" At 10 minutes, each film had just enough time to run the opening credits, establish the threat, let Lois Lane make a headstrong rush into peril, and allow Clark Kent to change to his alter ego and save the day. The films show a remarkably dynamic and atmospheric storytelling style that enables them to hold up for modern viewers. At first the films followed a science fiction-fantasy theme, but not unexpectedly for that time soon focused on wartime concerns.