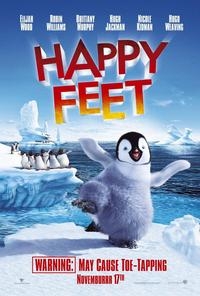 Into the world of the Emperor Penguins, who find their soul mates through song, a penguin is born who cannot sing. But he can tap dance something fierce!

Tuxedos or penguin onesies recommended but not required! 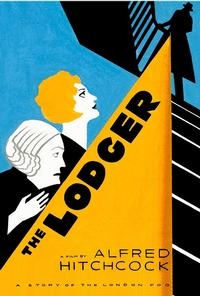 A British silent thriller film directed by Alfred Hitchcock and starring Marie Ault, Arthur Chesney, June Tripp, Malcolm Keen and Ivor Novello. Hitchcock's third feature film, it was released on 14 February 1927 in London and on 10 June 1928 in New York City. The film is based on the 1913 novel The Lodger by Marie Belloc Lowndes and the play Who Is He? co-written by Belloc Lowndes. Its plot concerns the hunt for a Jack the Ripper-like serial killer in London.

Hitchcock's first thriller, the film established him as a name director. Upon its release the trade journal Bioscope wrote: "It is possible that this film is the finest British production ever made". It also saw Hitchcock make his first cameo appearances in a film; he was depicted sitting in a newsroom, and in the second, standing in a crowd as the leading man is arrested. 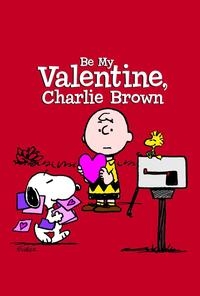 Let the littles try out a movie with a 25-minute run time perfect for 1st timers at no cost.

It's Valentine's Day again and Charlie Brown dreams the seemingly hopeless dream to receiving a valentine from anyone. All the while, the rest of the gang have their own trials whether it be Linus' struggle to get the biggest card he can for his beloved teacher, or Lucy trying to get some token from Schroeder while Snoopy and Woodstock are having fun spearing valentines on each other's nose. 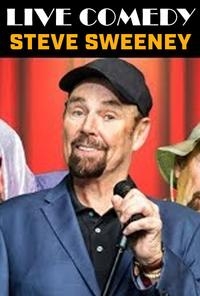 From Hollywood to Greenfield spend a night with True Comedy legends of the silver screen. Live and in person comedy show! Host Mike Smith will keep you entertained with a night of a real live laugh riot.

Comedy legend Steve Sweeney got his break working with Rodney Dangerfield and was featured in Back to School (1986). You may recognize him from There is Something About Mary (1998), Me, Myself and Irene (2000), Celtic Pride (1996) or even the Equalizer (2014). This comedy legend has been a regular everywhere from Vegas to Atlantic City, You've seen him on Comedy Central and in his own starring role in Sweeney Killing Sweeney (2018).

Warm- up act (a star in his own right) Kenny Rogerson is no stranger to Hollywood himself. He was also in Something About Mary (1998) and was featured with Drew Barrymore in the Jimmy Fallon film Fever Pitch (2004). Sure he has played Vegas but you have also seen him on Letterman, Conan, HBO, Showtime, Comedy Central, Improv and the Can Neely Foundations Comics Come Home.

Don't miss this one night only chance to catch the comedy styling of these Hollywood headliners. 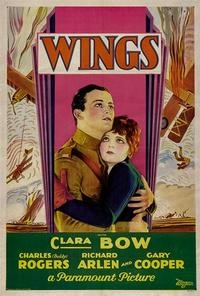 Wings is a 1927 and 1929 American silent film known for winning the first Academy Award for Best Picture. The film stars Clara Bow, Charles "Buddy" Rogers, and Richard Arlen. Rogers and Arlen portray World War I combat pilots in a romantic rivalry over a woman. It was produced by Lucien Hubbard, directed by William A. Wellman. Gary Cooper appears in a small role which helped launch his career in Hollywood.

The film, a romantic action-war picture, was rewritten by scriptwriters Hope Loring and Louis D. Lighton from a story by John Monk Saunders to accommodate Bow, the biggest star at the time. Wellman was hired, as he was the only director in Hollywood at the time who had World War I combat pilot experience, although Richard Arlen and John Monk Saunders had also served in the war as military aviators. The film was shot on location on a budget of $2 million (equivalent to $30.61 million in 2021) at Kelly Field in San Antonio, between September 7, 1926, and April 7, 1927. Hundreds of extras and some 300 pilots were involved in the filming, including pilots and planes of the United States Army Air Corps which were brought in for the filming and to provide assistance and supervision. Wellman extensively rehearsed the scenes for the Battle of Saint-Mihiel over ten days with some 3,500 infantrymen on a battlefield made for the production on location. Although the cast and crew had much spare time during the filming because of weather delays, shooting conditions were intense, and Wellman frequently conflicted with the military officers brought in to supervise the picture.

Acclaimed for its technical prowess and realism upon release, the film became the yardstick against which future aviation films were measured, mainly because of its realistic air-combat sequences. It went on to win the first Academy Award for Best Picture at the first Academy of Motion Picture Arts and Sciences award ceremony in 1929, the only fully silent film to do so. It also won the Academy Award for Best Engineering Effects (Roy Pomeroy). Wings was one of the first widely released films to show nudity. In 1997, Wings was selected for preservation in the United States National Film Registry by the Library of Congress as being "culturally, historically, or aesthetically significant. 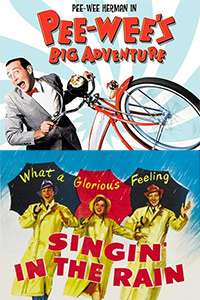 Pee-Wee's Big Adventure (1hr 31 min.) from the mind of director Tim Burton (Beetlejuice and TV's Wednesday) in his debut film and stars Paul Reubens (Blow, Mystery Men) as Pee-Wee Herman and eccentric man-child who gets his beloved bike stolen in broad daylight. He sets out across the US on the adventure of his life to find the missing bike.

Singin' In The Rain (1hr. 43 min.) is an MGM Technicolor treasure starring Gene Kelly (An American in Paris, Inherit the Wind), Donald O'Connor (Are You With It?, Call Me Madam) and Debbie Reynolds (In & Out, The Unsinkable Molly Brown). A silent film star falls for a chorus girl just as he and his delusionally jealous screen partner are trying to make the difficult transition to talking pictures in 1920s Hollywood.